Introduced in 2016, induction into our Hall of Fame constitutes the highest accolades that Canine Watersports Canada can bestow upon a competitor and its handler(s). It is recognition of a team of both dog and individual(s) that represent, preserve and promote the CWC ideals/ethics and mission both on and off the dock as well as act as ambassadors for others to emulate.

Nomination for consideration to the Hall comes from the selection/induction committee. Being nominated is in itself considered an honor by the CWC, as selections are not taken lightly by the committee. The nominations generally open on June 1 and close two weeks after the CWC Championships in August. Formal induction into the hall is usually at the year end party in October. Nominations never expire and will only be removed if the nominee has been considered to violate CWC Ethics.

To be considered for nomination, the competitor should be no less than three (3) years old (unless the candidate has passed before that point). Exceptions are allowed and need Board of Director approval. At that time the Nomination Committee will review all new and existing submissions for induction. Each year the Board will induct no less than one (1) and no more than two (2) nominees.
Each inductee will be displayed on the Hall of Fame plaques which are displayed at each event, as well as receive a commemorative plaque for the team of the inductee. CWC will display the names and pictures of the inductees on our website, as well as Facebook and Instagram pages.
Canine Watersports Canada Rookie of the Year:
was introduced In 2019, it recognizes and is presented to the "Newbie Team", who has captured the eye and heart of the owners of the organization. It is not awarded annually, but only awarded when a "rookie's" performance stands out above and beyond other new competitors. Selection for this award is made at the discretion of and by the executive officers of the CWC. 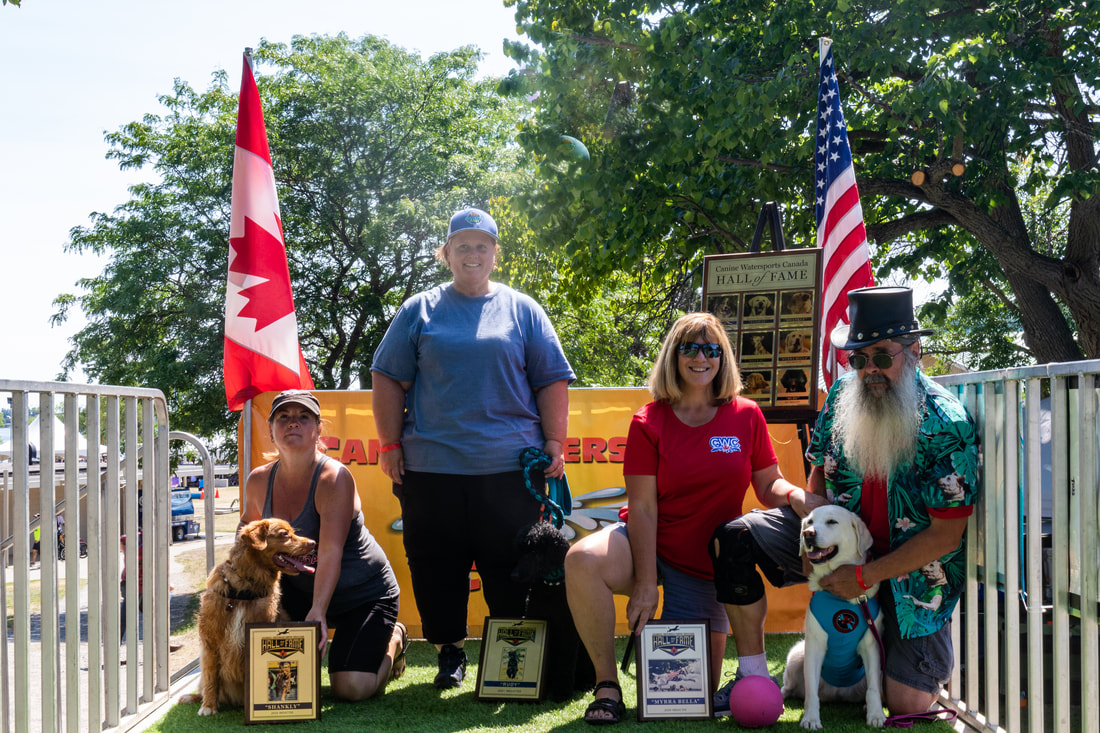 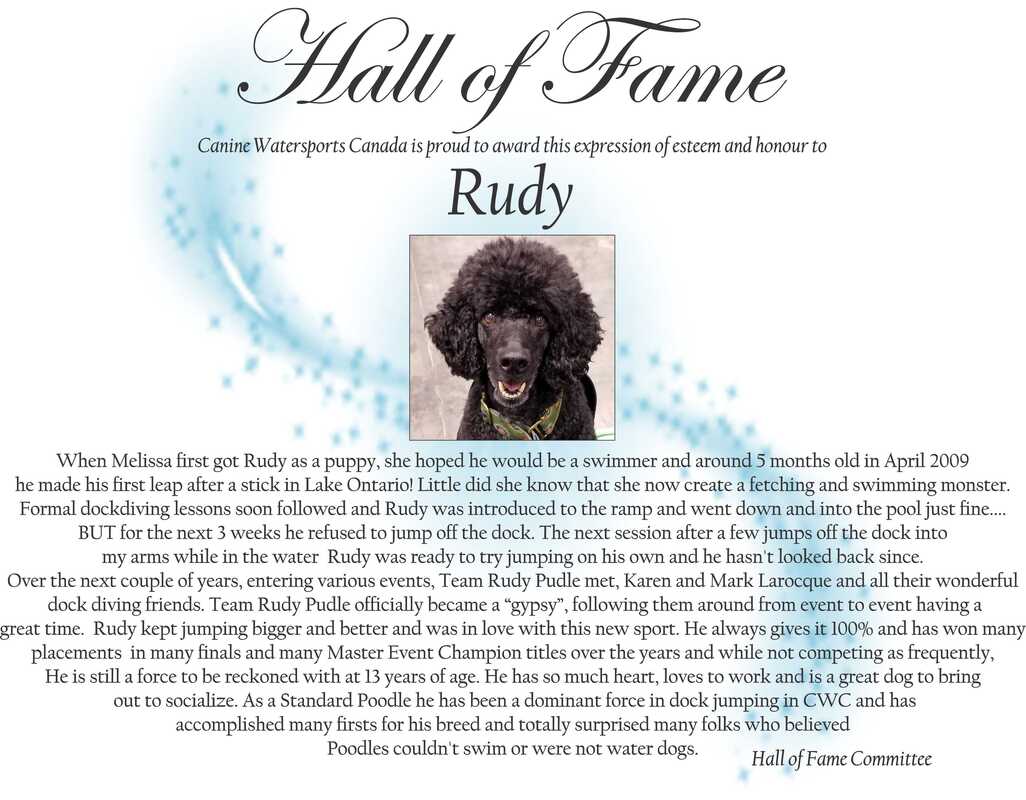 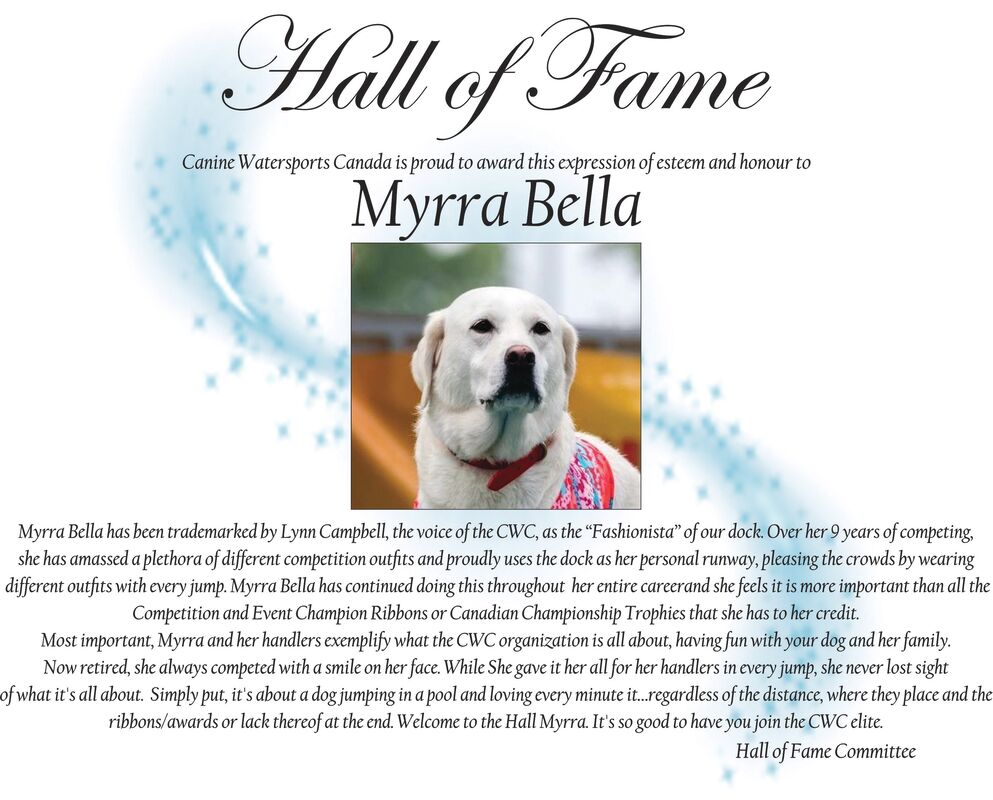 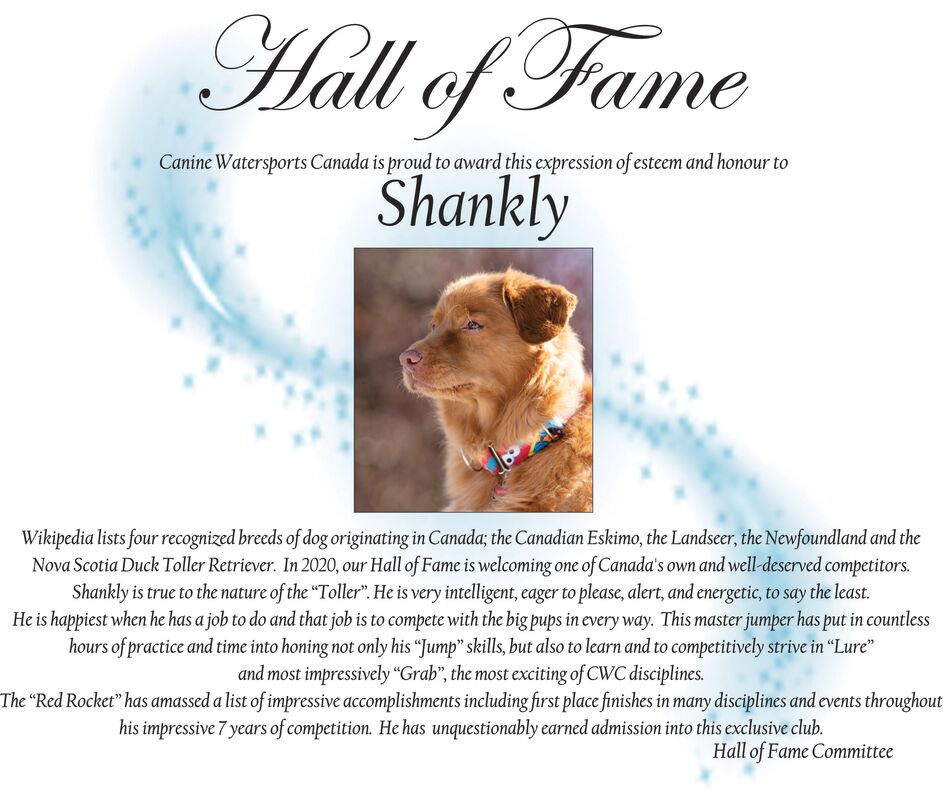 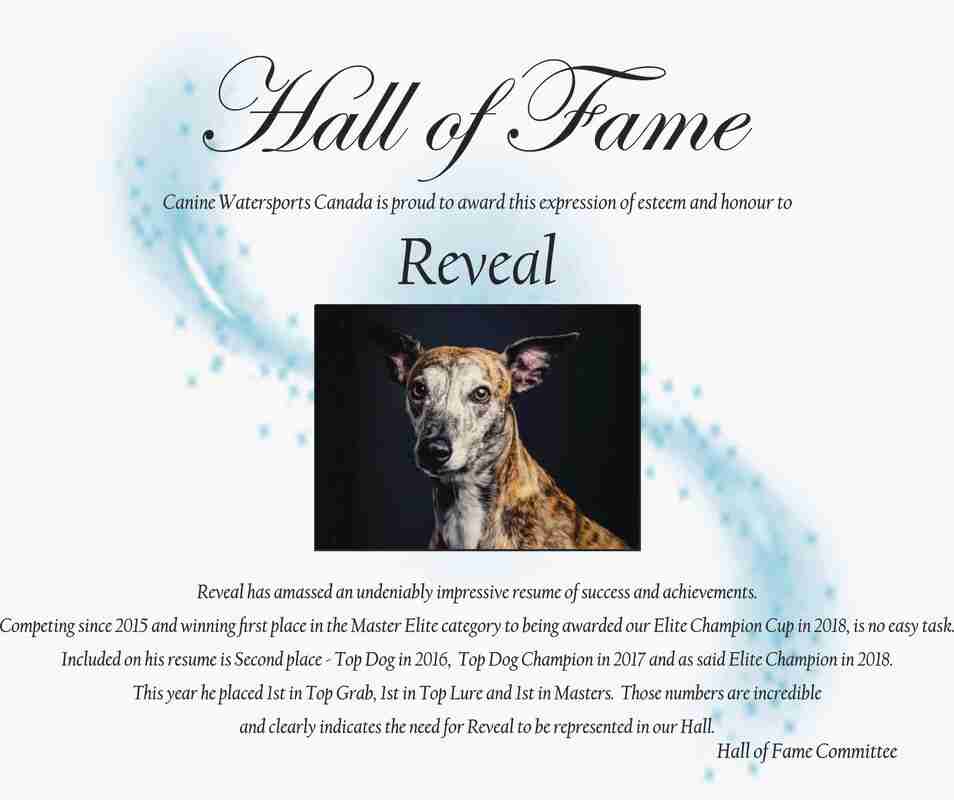 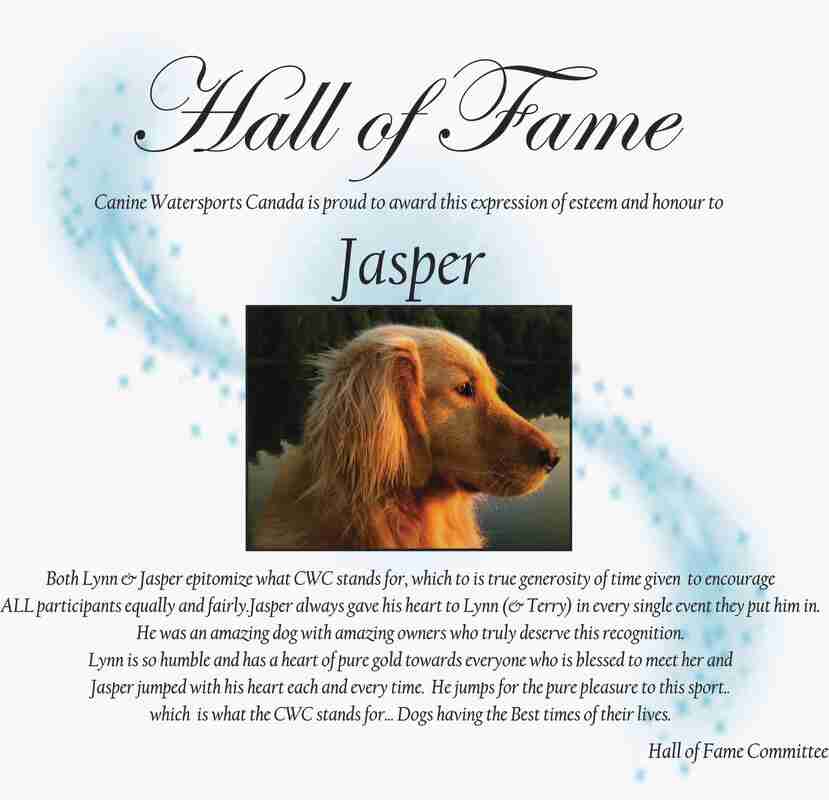 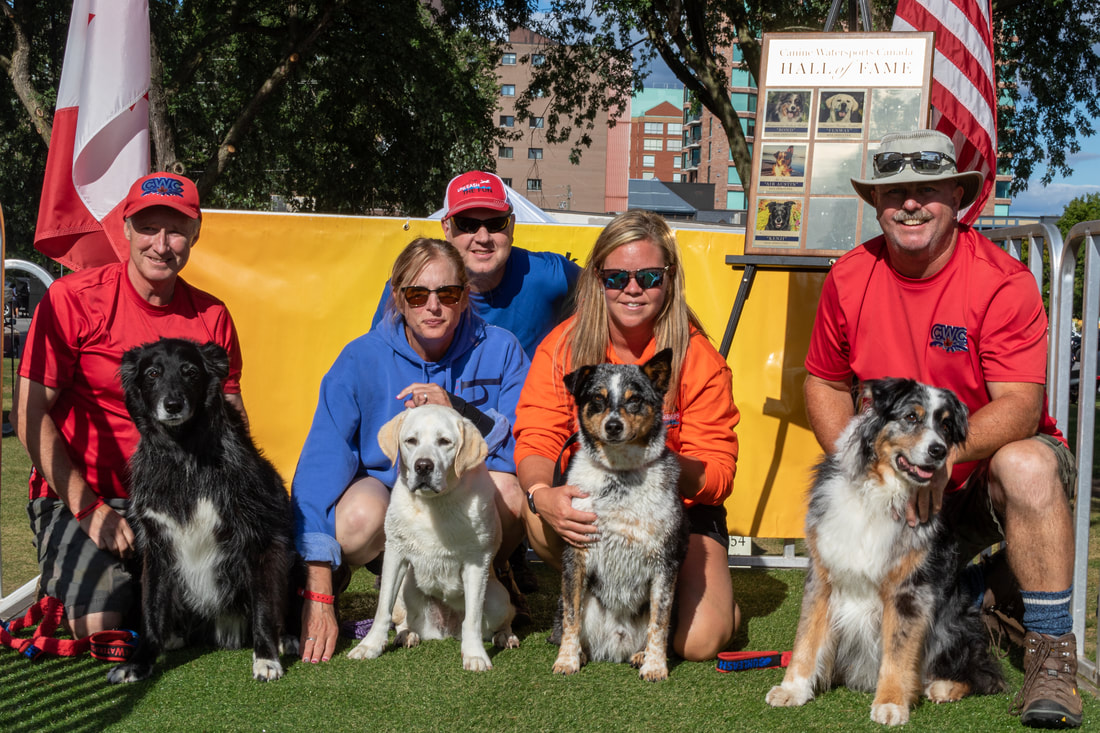 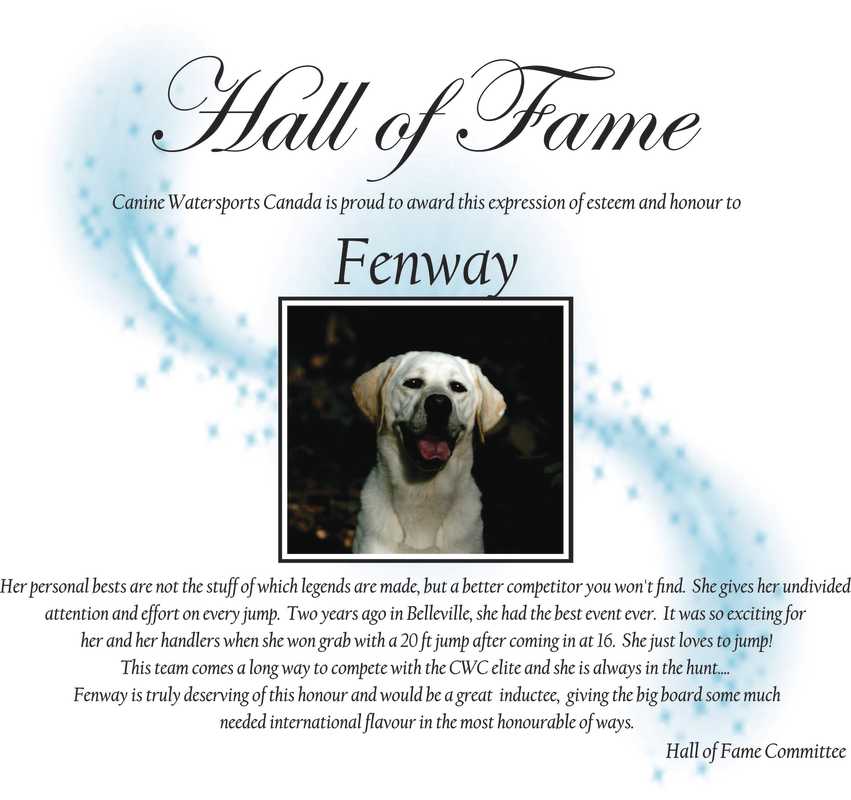 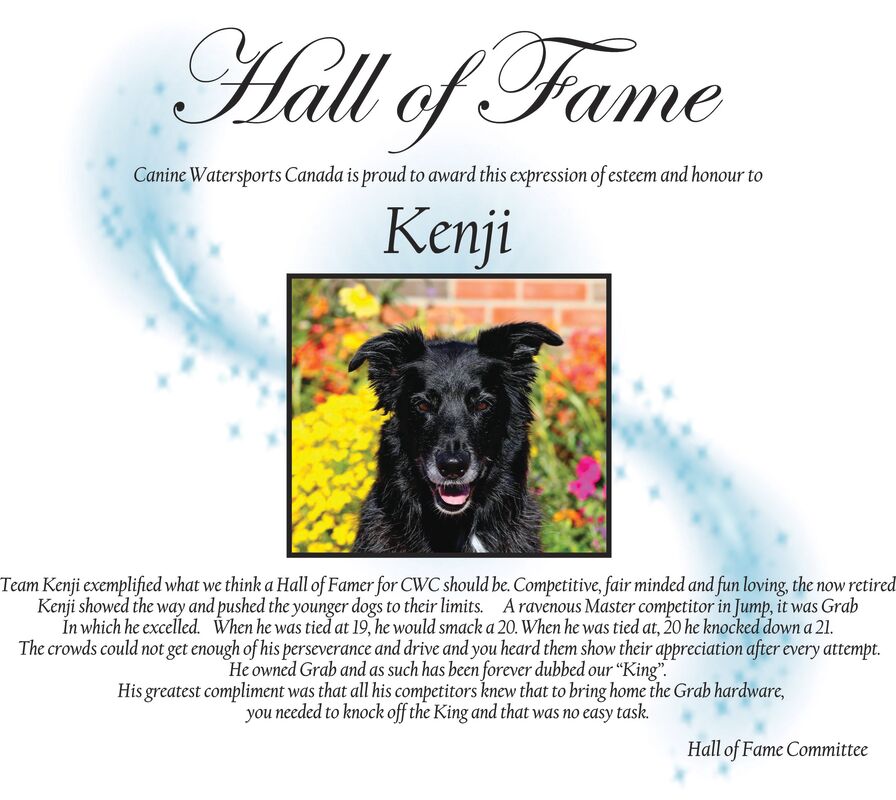 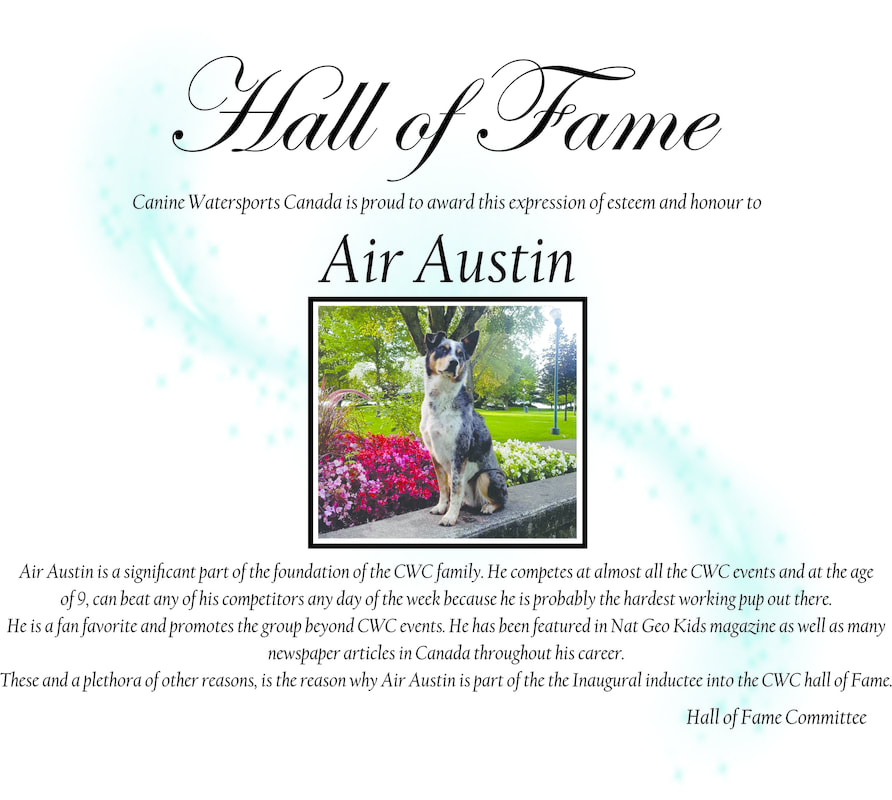 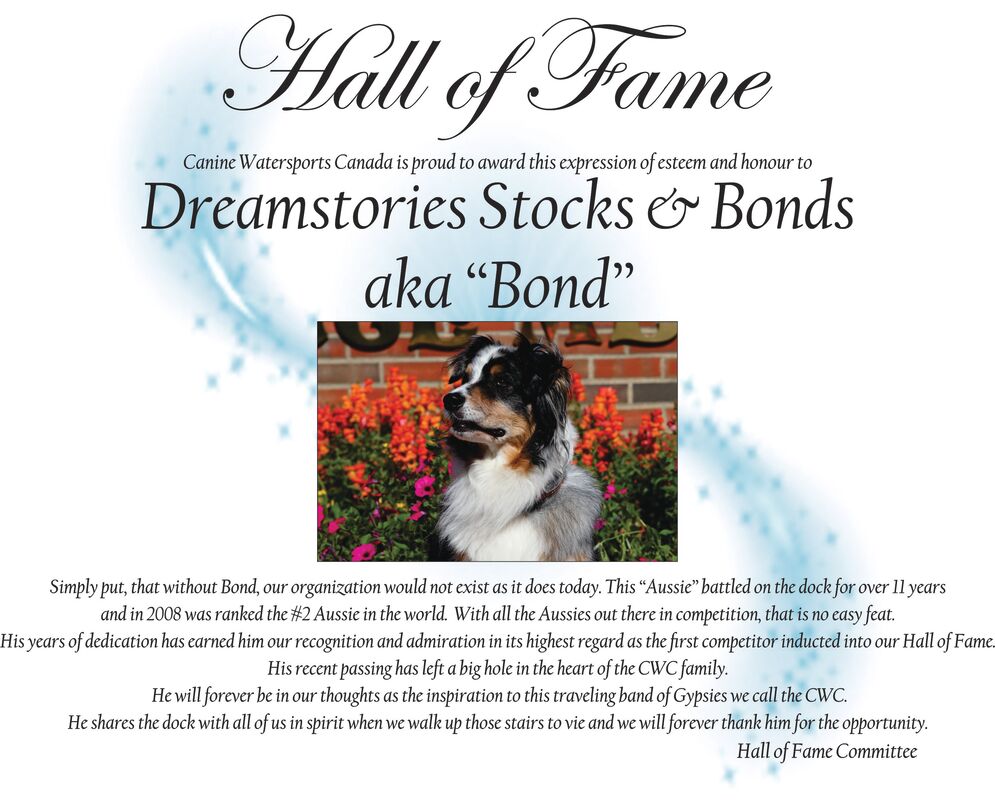